Mother in prison, Father with cancer

Ma (1998) is a 22-year-old girl from Southern Thailand. After years of imprisonment, her mother was recently released from prison. There was not much time to enjoy this new situation, because father was recently diagnosed with cancer.

Ma has been receiving support from Siam-Care since an early age. She grew up with both parents around, both of whom are HIV positive. Due to this, the family always struggles financially. Father owns a small piece of land, on which they grow rubber. Unfortunately, rubber prices have been low for a long time now, and father therefore also works as a moped taxi. The family lives together in a small hut, which they built themselves. The cabin has been significantly affected by the weather over the years, but there is no money to repair.

When Ma was 8, her life took a dramatic turn. Her mother was arrested for selling drugs. Due to the family’s financial situation mother fell for the temptation of selling drugs. The whole family was in shock, as no one knew what Mother was doing. Mother was sentenced to years, imprisonment and was released in 2020.

The family could not enjoy mother's freedom for too long. Dad started not feeling well and after an examination, it turned out that he had cancer and needed treatment. He is now undergoing chemotherapy and feels quite depressed. To make matters worse, Ma's mom recently had a cerebral hemorrhage. So, both parents are in the hospital now. Due to the Covid crisis, Ma can't even visit her parents. In short: it is a very distressing situation.

Due to the ill health of both parents, both of them cannot work currently. Siam-Care tries to support the family financially, but cannot cover all costs. We cover all school costs of Ma, who is currently in college in the last year. We also hand out food to Ma, so she doesn’t go hungry. Because the university is often closed due to corona, Ma has some time to sell snacks. She doesn’t make much, but all bits help.

Thanks to sponsors like you, we can support Ma's family and many other families. The most important thing we do is cover school costs so that children can study and get a job. However, in an emergency, such as with Ma, Siam-Care does much more. We would like to thank everyone who contributed to this! 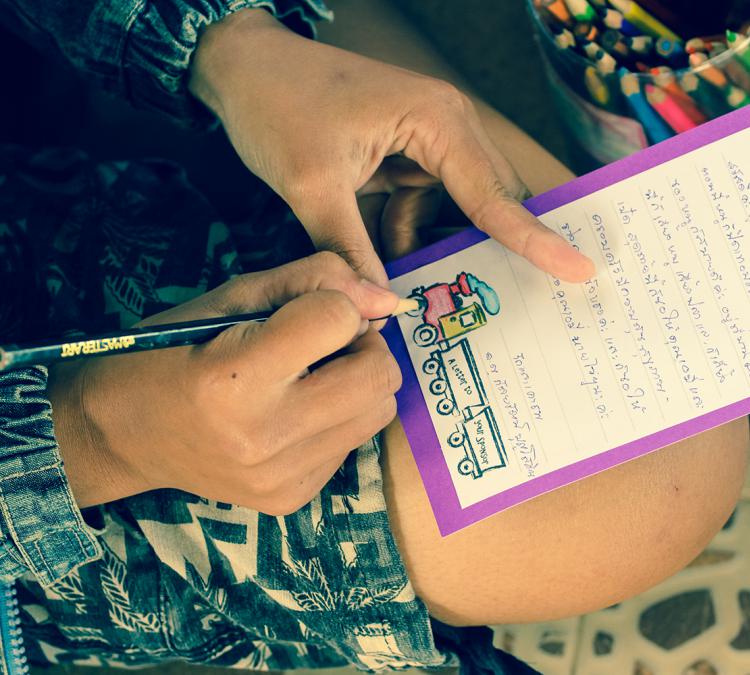