When you are facing HIV, TB, Asthma and Obesity

We would like to introduce you to the Mankhet family (an assumed name), a family struggling hard due to the consequences HIV has on their lives. It’s a family recently added to our program, in our new province Nakhom Phanom.

As you perhaps have seen in our recent updates, we have added a new province to our program: Nakhom Phanom, a neighboring province of Mukdahan. This is one of the driest and poorest provinces in Thailand, with a large group of people in need of immediate support. The province also has a high HIV-infection rate. One of the families we added to our program, is the Mankhet family. This family is consisting of father Bon (1970), mother Sai (1973) and their son Ard (2010). Due to their health situation, they are struggling to survive.

Not enough income to survive

Both parents are HIV-infection and currently using ARV-medication to suppress the virus. Furthermore, father has TB, Hepatitus C and Asthma. He is too weak to work and often spends time in the hospital. He can hardly walk and thus cannot take on a job. Mother, sub consequently, is the only one making an income. She works as a cleaner at a local foodcourt, making 300 Thai baht per day. This is barely enough to live off as a family of 3. Thankfully she receives free leftover meals from the foodcourt. Which is a blessing but also causes another issue for this family.

Ard, the son of Bon and Sai, is 13 years old and weights 180 kilo. He often eats all the free food they receive from the foodcourt, which is often fried and unhealthy food. The fact that he is obese, causes many health issues. Al in al, all 3 family members are unhealthy and are in immediate need of a counselor. They need someone to train them how to take their medication, and how to live a healthier lifestyle. They also need someone to support the educational costs of Ard, as the family doesn’t have enough to cover this.

In immediate need of help

This family was referred to Siam-Care by the local hospital of Nakhom Phanon. They worry about the health situation of both parents and are afraid that the parents will pass away, leaving the unhealthy Ard all alone. There is a lot of work that needs to be done. This family needs to learn a lot about physical health and the risks of being overweight. They need someone to make financial plannings, as they hardly make enough to survive on. Siam-Care staff thankfully has much experience in looking families such as this one. We are hoping to help them move forward. We cannot heal their HIV-infection, but we can show them love and train them to look after themselves better. This is possible because of the support of people like you. Thank you for that! 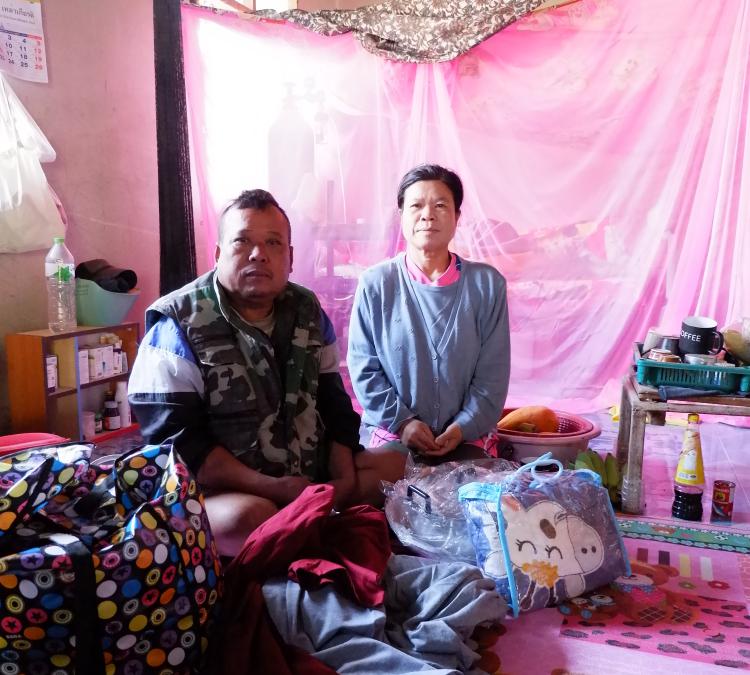