Left by husband, but keep on fighting

Baer is a 41-year-old mother of Pupe (2005) and Aek (2008). When she found out that she was HIV-infected, during the pregnancy of Aek, her husband left her and has never been in touch with his wife and children ever since. Due to her situation, Baer has been struggling with depressions.

People with an HIV-infection still face a big stigma in Thailand. They often get judged by their environment, and sometimes even banned from the lives of their friends and family. Baer’s husband also decided to leave, as soon as he heard that his wife was sick. Since then, Baer had to raise 2 children just by herself. In the meanwhile, she was using ARV-medication to fight the HIV-virus. She has also been talking antidepressants for a while now, as she the whole situation caused her to feel quite bad about herself.

Baer and partner not healthy

A few years back, mother Baer thankfully found a new partner. They both work as day laborers, which is quite a challenge. Finding work has always been hard, but due to Covid, many more people are unemployed and thus looking for work. As Baer is not strong physically, people often don’t want to hire her. Because Baer has been taking antidepressants for years now, her liver is being affected, and her muscles are weak. Bear’s partner is struggling from Neuropathy, a disease that weakens his nerves. So, finding work is a challenge for him as well.

You can imagine that this family is struggling to make ends meet. They indeed struggle hard to cover all costs. Siam-Care has been helping this family with counseling, but we also cover the school costs of the children. We hope that if both children finish their education, it will be easier for them to find work and look after themselves financially. Thanks to donors like you, this is possible. Thank you for making a difference! 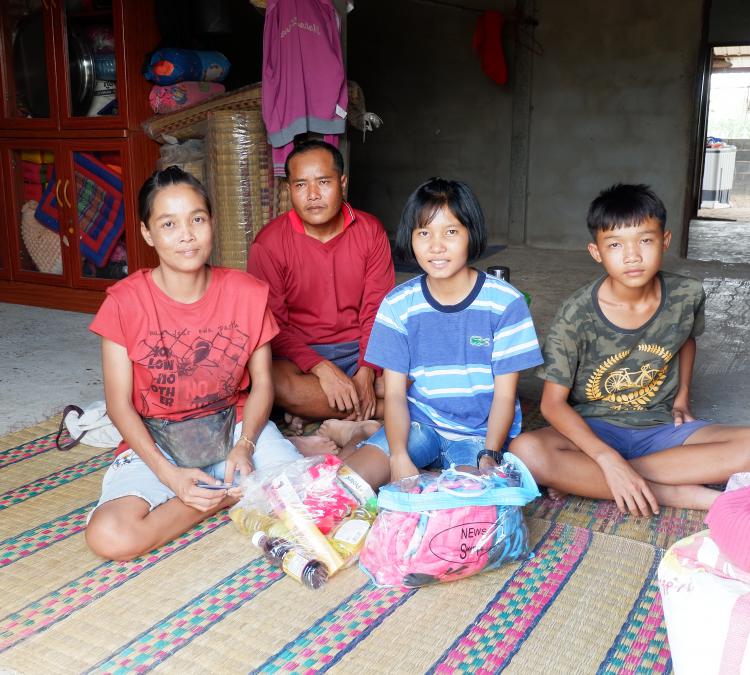