The importance of medication

People often ask us if HIV is still a deadly virus. It is, but thanks for medication, people can live just as long as healthy people. That is, if they take their medication on a daily basis, for the rest of their lives. Kiw’s mother was tired of this, and suddenly got very sick and will most likely die soon. This is her story.

Mother was born in 1982, married when she was 20 and has 2 children. Kiw is 11, and his older sister is 22. She is married, has 3 children herself, and lives with her mother and brother Kiw. Kiw’s father is a truck-driver and is away from home most of the time. Mother found out she was HIV-positive and was referred to Siam-Care via the hospital. During the COVID-crisis, they couldn’t pick up her medication at the hospital herself and thus Siam-Care started delivering it to their house.

With medication, mother’s health was steady. Until she was done with the medication and decided to stop taking it. She did not tell anyone, everyone assumed that she was still on it. Until mother suddenly got sick, in April 2022, and admitted she had stopped taking her medication 4 months ago. Her resistance against viruses was very low, and she lost a lot of weight in a short period of time. She started throwing up and struggled to eat.

After being admitted to the hospital, her situation seemed to improve a bit. Unfortunately, she became immune to the mediation. She recently was hit by another virus and can now only eat through a tube. Doctors predict that she will most likely pass away soon. Which is not just sad, it is very unnecessary. With medication, she still would have been strong.

Siam-Care staff is now visiting the woman regularly, to provide her with diapers and food, which she doesn’t receive from the government. In the meanwhile, we keep on visiting other infected people and use this story to underline the importance of medication. 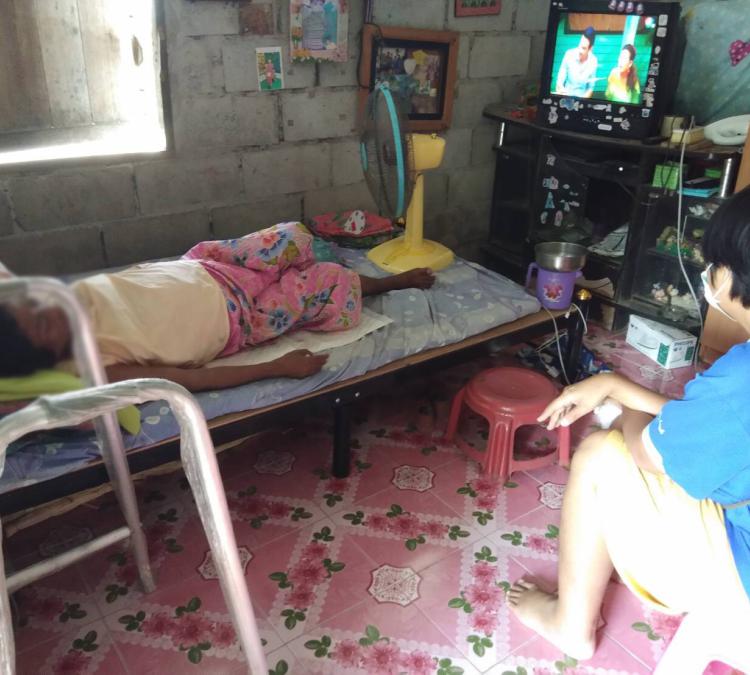