HIV does not end Wong's life

Wong (an assumed name) is an 18-year-old boy, who will spend the next 10 years in prison and he is HIV-infected. A while ago, his circumstances made him feel so depressed that he tried to kill himself. Thankfully, Siam-Care was able to help him.

Wong comes from Nakhon Phathom, a province near Bangkok, where he grew up together with his mother and 2 younger sisters. His father left the house just after his youngest sister was born. He started a new family and hasn't been in touch with Wong or his family for more than 10 years already. Wong's mother makes a small income by growing vegetables and selling these at the local market. The family struggles hard to make ends meet and forced by the family's dire financial situation in combination with having bad friends, Wong started selling drugs when he was 14 years old.

During his first month as a drug runner, Wong made more than his mother makes in a whole year. He enjoyed his life, had many friends and did not worry about a single thing. Until he was arrested a couple weeks later. One of his clients set him up and called the police. Wong was arrested and sentenced to 12 years imprisonment. In prison, Wong started feeling sick. He subsequently underwent a medical test and discovered that he was HIV-infected.

Wong's world collapsed. He felt so depressed after hearing about his condition that he tried to kill himself. Thankfully, the prison staff was able to save Wong and they contacted Siam-Care, as we work with HIV-infected prisoners. Our staff made an emergency visit to prison, as no regular visits were scheduled for that week. We talked with Wong and painted a picture of what his future could look like, if he is willing to fight hard and not give up. Wong felt relieved hearing that HIV-infected people can live a pretty normal life, as long as they take their ARV-medication.

This all happened in February 2018 and Wong is still in prison. There isn't much we can do for him, but visiting him regularly. Just by informing him about his infection and offering him a shoulder to cry on, we gave him some hope. He still doesn't feel too happy as he will be in prison for many more years, but at least he is now fighting again and has enough hope for the future not to give up in life.

Will you help us to make a difference for people like Wong?
Support our prison program here 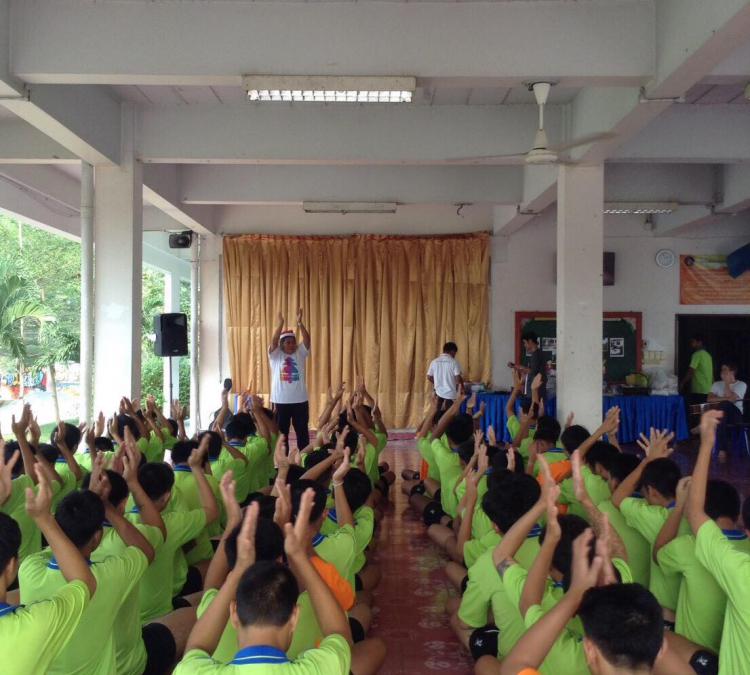