Girls shouldn't study, or should they?

Perhaps you remember the name ‘Arisa’, as we have shared her story a few years ago. Her situation has quite improved since then, so we’d love to give you an update.

Arisa is a 17-year-old girl muslim girl, who lives in the south of Thailand. According to her family, she was not supposed to study, as she is a girl. Thankfully siam-Care was able to convince her parents. Now arisa is studying on a higher level than her parents and 5 siblings ever did. This is her story.

Siam-Care is a Christian foundation, with mainly Christian staff. But this doesn’t mean we only look after Thai Christians. Quite the contrary: most families we look after, are either Buddhists or Muslims. Like the family of Arisa, who has been part of Siam-Care’s program since 2005, just after the tsunami of December 2004.

The area of Phang Nga, where Siam-Care has an office, was the hardest hit province in Thailand, with over 5000 deaths in the wider area. Arisa’s mother experienced everything first hand and now has a severe post-traumatic stress disorder. Even today, 16 years after the tsunami, she still cannot work or look after her children. Arisa’s grandmother suffers from diabetes and can hardly walk and see. Hence, she also cannot work. Which automatically means that Arisa’s father is the breadwinner of this family. He is a fisherman and out fishing at the ocean most of the time. In the south of Thailand, where Phang Nga is located, the rainy season lasts for almost 9 months, which means that the weather is often too rough for father to go out and fish. In these periods he looks for crabs in the mangroves or sells meet at a local market.

Girls are not supposed to study

Arisa’s oldest Sister Marati takes fulltime care of her mother and grandmother. Brother Onan works on a palmtree-plantage and does not make much. It was only logic for this family to let Alisa stop studying after primary school and let her work to support her family financially. Arisa’s family had another reason why they did not wanted Arisa to continue studying: they are Muslims and believe that girls are not supposed to pursue higher education. Which is a shame, as Arisa is a smart girl who dreams of one day finishing a university study.

When it became clear to our staff that Arisa wanted to continue studying, we started talking to her family. They shared their views and made clear that allowing Arisa to study in high school, was not an option. None of her older siblings continued school after the third grade of high school and neither should Arisa. After talking and more talking, and underlining the importance of education, the family slowly got used to the idea. After a few months, they contacted us to tell they had changed their minds: they would let Arisa continue her education. But they also shared their worries: how would they cover all the school related expenses? We told them not to worry and were thankfully able to find them a sponsor.

Arisa is now 17 and studies in the fifth year of high school. In a little over a year, she will finish high school. During a recent home visit, Arisa indicated that she would like to continue studying at university. She would love to become a nurse, and help people like her mother. It was great to see that both Alisa’s parents now support her plans and actually encourage her to continue her education.  Siam-Care will continue to support Arisa and help her to chase her dreams. Thank you for all donors who make this possible. 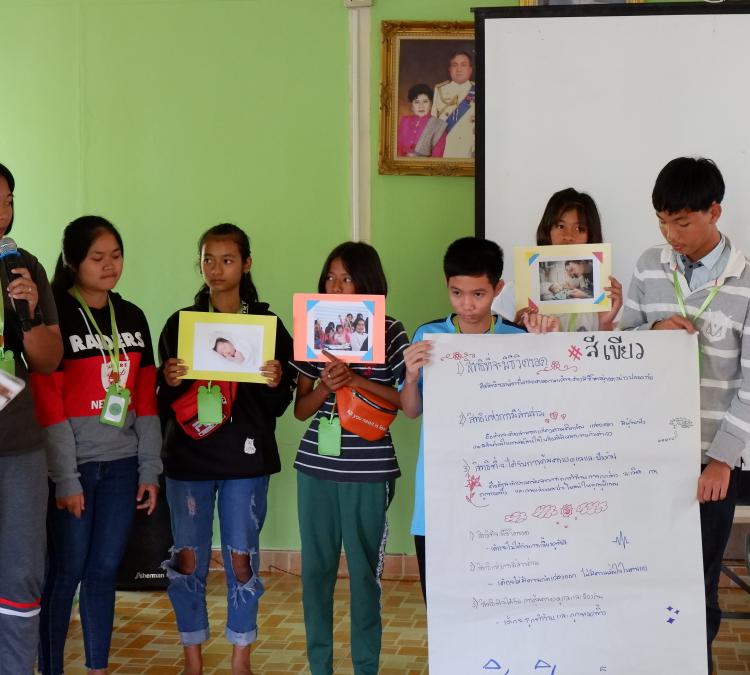