When help comes too late

What’s better for a foundation than to share success stories of how we change lives? Sometimes we need to tell honest stories though, of how our help doesn’t always come on time. Such as for Mint, who recently passed away at the age of 15.

Mint was an outgoing boy, living in Mukdahan, in the northeast of Thailand. He enjoyed going to school, had quite some friends and was performing well. He had no issues in life, until he got sick. A little while after sleeping with his girlfriend, he started to feel ill. He quickly lost all his energy, and all he did was sleep. His parents had no idea what was going on. Until a doctor found out that Mint was HIV-infected.

Too little, too late

Unfortunately, Mint was very sick already by the time they discovered he was infected with the HIV-virus. He had bed sores and was in much pain, despite the medications. Only then, Siam-Care was contacted. Our staff has much knowledge about the HIV-virus and have guides hundreds of infected people. Usually, infected people can live a fairly normal life, if they take their medication to suppress the virus. But for Mint, the help came too late.

Sleep on the cold floor

All we could do, is make sure that the last period of his life, was going to be bearable. His parents are very poor, and thus Mint was lying on the cold floor, with no matrass. We bought a matrass for Mint and guided his parents in looking after their sick son. We also provided the family with special food, diapers and other much needed materials. One month after we got in touch with Mint and his family, he passed away. At the age of 15. Way too young.

Importance of our work

It’s heartbreaking to see a young man, with his whole life ahead of him, go through such pain. His parents obviously are in shock as well. As a foundation, we don’t want to see people die, we want to prevent them from ending up in a situation such as this one. Therefore, we teach sex education at as many schools as possible. So that kids such as Mint can make smart decisions and protect themselves. Thank you for standing with us and making our work possible. It is much needed! 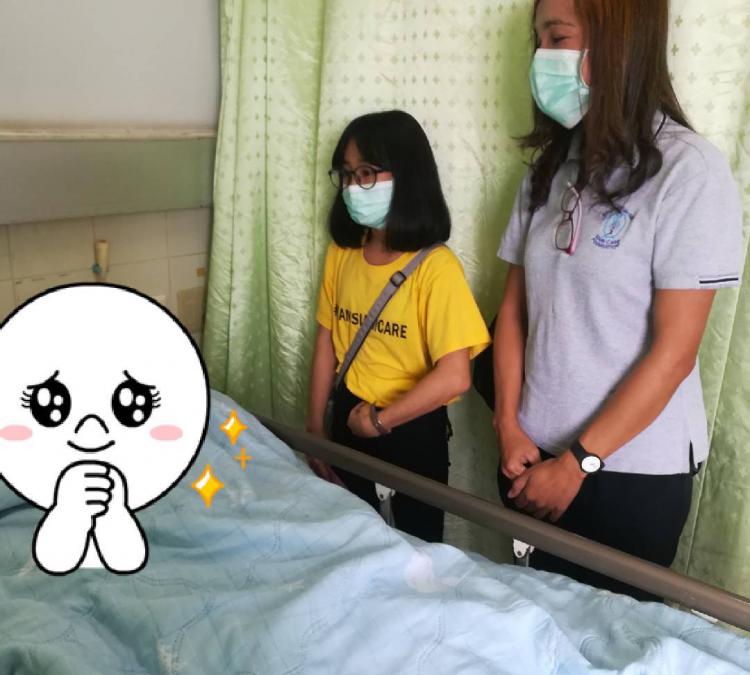