Upgrade of a slum

One of the families that we have been working with for a long time, lives in a very old and simple slum. This family is consisting of grandmother (72 years old) and her grandson Alip (16 years). Their house was falling apart and not safe at all to live in. Thankfully, a group of volunteers came to give the house a little upgrade.

Alip's parents both passed away when Alip was young, due to their HIV-infection. Hence grandmother has to start taking care of him, what she has been doing for 13 years already. They are a lovely family: very welcoming and kind and despite their dire situation, they never complain. Alip always join our youth activities and is always eager to help out if we need volunteers.

Everytime we visited this family, who live in a slum in Ramkhamhaeng area in Bangkok, our hearts were aching. No one should live in circumstances like this family. Their shack is falling apart and we often broke pieces of wood which represent a floor, just by walking around. The shack is built above a river, which is covered with garbage. It was smelly and often snakes or big lizard made their appearance. You wouldn't even wish for your worst enemy to live there.

Last summer (2018) we had a group of youngsters from the Netherlands with us for 3 weeks. We decided together it was time to do something for Alip's family. We gathered money and scheduled 3 days to repare the house. We were able to build a new floor, a new roof and replace most of the walls of the house. It still looks simple, but at least the floor is steady to walk on and the roof is not leaking any longer. We had a little budget surplus, so we were able to buy new pillows, matrasses, food and clothes for the family.

Grandmother kept on repeating how thankful she was. On their own they would never have been able to fix their house. But with the help of many donors and the volunteers from Veenendaal (the Netherlands) we were able to give this house an upgrade and make it somehow livable again. Thank you to all who have helped. You have no idea what an impact this has on the lives of Alip and his grandmother. 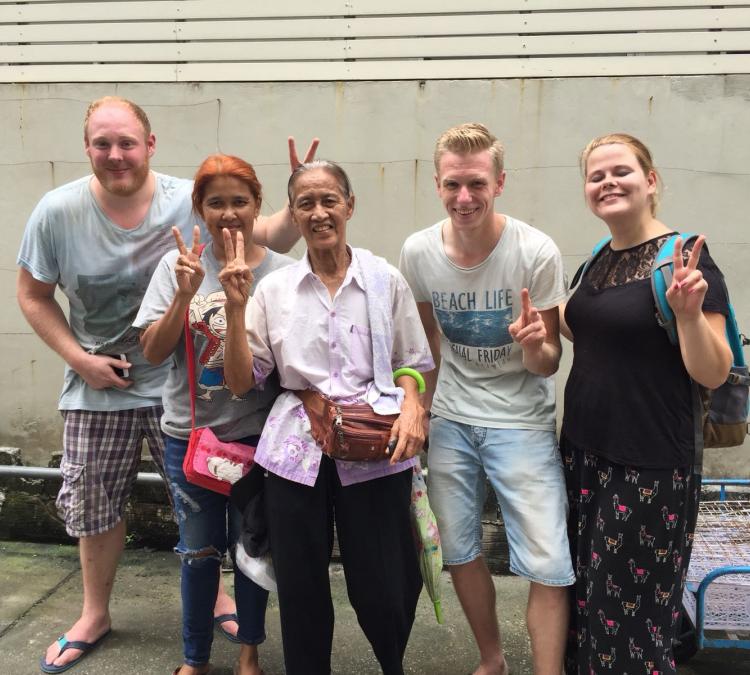