The story of So

Over the years, Siam-Care has been making a difference for many children in need. There is always this one child, which story we remember better than any other child. For our staff Passawan, this is the story of So, a girl whose life had a rough start.

When we asked Passawan, who has been working and volunteering for Siam-Care for more than 15 years, who’s story we should share with our donors, she immediately mentioned So’s name. We met So in 2001, when So was only 6 years old. She was referred to Siam-Care by the local hospital. So was very weak, due to her HIV-infection. She was born infected, since both of her parents were infected with the HIV-virus as well.

Too weak for school

Even though she was old enough to go to school, she did not attend school. She was too weak, even so weak that people around her feared that she would maybe pass away at a young age. So refused to take her medication, which could make her feel better. Every time her mother tried to let So take her medication, she cried and screamed until her mother stopped trying.

Even though So was weak, she was a very cheerful girl. She loved to dance and would always perform during Siam-Care family camps. The image of this dancing and smiling young girl, is still burned into the memory of our staff Passawan and always puts a smile on her face. And seeing how So is doing now, 17 years after we met her, also puts a big smile on Passawan’s face. So is now 23 years old and faithfully takes her medication. Siam-Care staff was able to gradually convince So of the importance of taking medication and explained many times why So could not live without medication. Her CD4, which is like a snapshot of how well your immune system is functioning, is at the right level.

So also has a son now, who is as healthy as can be. When HIV-infected pregnant woman take their medication during the pregnancy, the chances of their baby being born infected are very slim. So now enjoys life and is thankful for Siam-Care’s help. We cannot heal So from HIV and she will have to accept that she needs to be careful with her health and take medication every day for the rest of her life. But we were able to stand next to her and guide and counsel her through the troubles she faces in life. Thank you for your support. Because of people like you, Siam-Care can reach out to people like So. 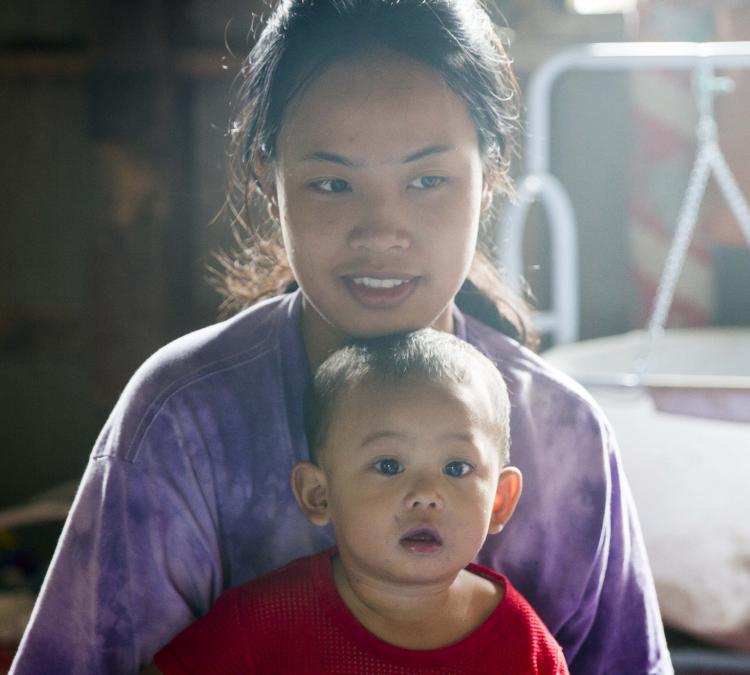