This is Base, a 14-year-old boy from Mukdahan. After his father died, in July 2021, his life was turned upside down. He had to move to a different region and was separated from his 11-year-old brother, the only close family member he had left.

Base is one of the children who recently entered into our sponsorship program. He is from a poor background, raised by just his father. As his father has been suffering from HIV for a long time, he was always struggling to find work. The HIV-infection was causing kidney-issues and diabetes. Father did take medication, but due to his bad health, working was often too challenging.

No one in village could look after them

Recently, things took a turn for the worse. Father’s health situation deteriorated quickly and father passed away. Base was very sad, of course, and suddenly needed someone else to look after him. No one in the village was willing to do so, so Base had to move away. There were a few relatives who wanted to look after them, but not after the both of them. And so Base and his brother both moved to a different village, far away from each other.

Taken from school to work

Siam-Care wants to ensure that these children go to school. Often times children living with relatives and not their own parents, are forced to work from a young age. They are too much of a financial burden and no one wants to invest in their education. Siam-Care wants to cover the school costs of these boys, and want to give them an education sponsorship. Will you help ensure that Base and his brother can at least continue going to school, now that their lives are suddenly so challenging? 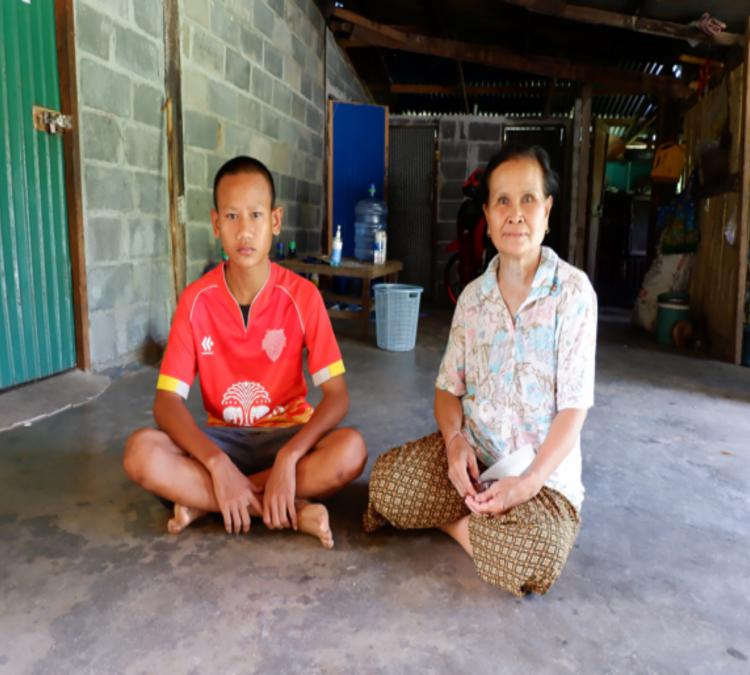