No family, no money, no knowledge

Meetang (2019) is a baby who lives with her mother Paer (2002), father Teul (2001) and Great-Grandma in Mukdahan, in Northeast Thailand. Father and mother are HIV positive and Meetang was also infected during pregnancy.

The mother of Teul, so Meetang's grandmother, died when Teul was still young. His father remarried shortly after and broke off contact with his son. Teul was then raised by his grandmother. Due to the absence of his parents, Teul tends to be aggressive and stubborn. He often ran away from home and slept with girls. His girlfriend Paer got pregnant before, but they chose to end it. During the second pregnancy, it turned out that the baby was HIV positive, as both parents refused to take their medication. The hospital referred this family to Siam-Care and now both parents are on medication.

The family lives in a small, old and dirty house. Father works as a day laborer and mother takes care of baby Meetang. Grandma is too old and weak to work. The family struggles hard to survive, also because they don't have a family to look after Them and advise them. Siam-Care is now trying to take over that role. Father recently lived in Samut Prakan for a while, an area close to Bangkok and far from Mukdahan. He worked there because he couldn't find a job in Mukdahan. Unfortunately the work stopped and so he is now back in Mukdahan. Financially, the situation remains challenging.

No knowledge of raising a child

Because both parents had a bad upbringing themselves, a lot of knowledge is lacking. Things that are normal for most people are not normal for Paer and Teul. Simply because they never properly learned what is normal. Our employees teach them how to clean their house, which food is healthy and how to raise a child. We also provide the family with clothing for the little Meetang.

Incorrect use of medication

Unfortunately, the parents are not aware that medication is important if you have HIV, so we also do a lot of guidance in that area. Because they regularly forget to take medication or do not take it on set times, the medication does not work well yet. As a result, Meetang falls ill a lot and is regularly admitted to hospital. This is sad, because with proper medication use, this could be prevented. The lack of knowledge breaks up the family, something Siam-Care is trying to change. 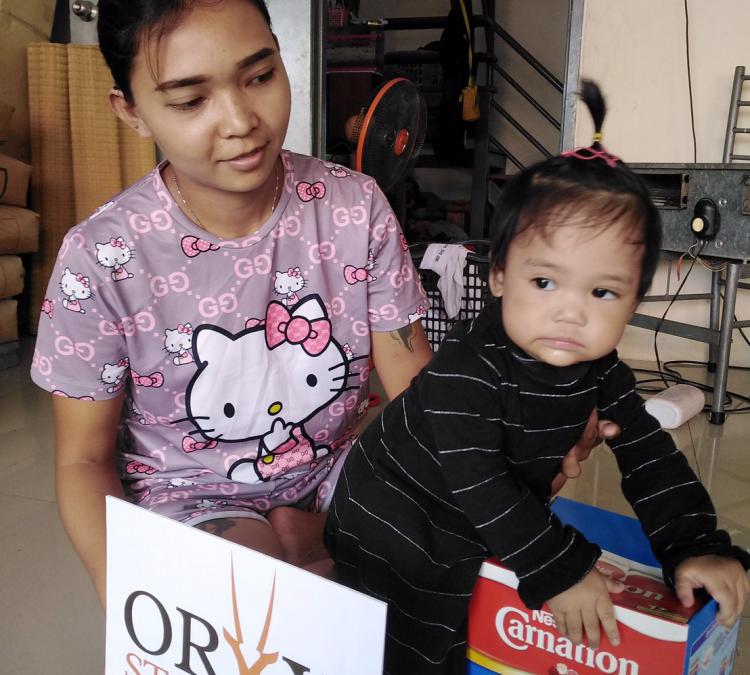