Naamphung is a 17 year old girl, who has been orphaned since a young age. She was raised by her grandmother, but when she recently passed away, Naamphung was suddenly alone. This is a story about perseverance and following dreams.

When Naamphung was only 7 years old, both her parents died of HIV. This obviously had a major impact on the still young girl. Her grandfather had also passed away just before this, leaving only her grandmother to take care of her. Grandma was 75 at the time and could no longer work. So the family lived in poverty, and there was not enough money to send Naamphung to school.

Through the local government, Siam-Care learned about Naamphung's situation. We decided to include her in our education program because the family absolutely needed support. We got her school clothes, materials, and helped cover the travel expenses to school. This was possible thanks to a sponsor.

Grandma passes away too

We are now a few years further, and Naamphung's grandmother is no longer alive. Because Naamphung is now alone, that is an extra motivation for her to want to study. She wants nothing more than to take care of herself. She is currently in the second year of vocational school, in the field of tourism and hotels. Naamphung has to do an internship this year. However, this is quite a challenge as most hotels in the area are closed due to Corona.

In the end, thanks to Naamphung's perseverance, she managed to find an internship. The hotel where she is now doing an internship is very satisfied with her performance and has offered her a room and food so that she can live near the hotel. It is extremely important for Naamphung to follow her dream: to finish a study and take care of herself. Her self-esteem increases enormously. We are grateful that we can guide her in this. 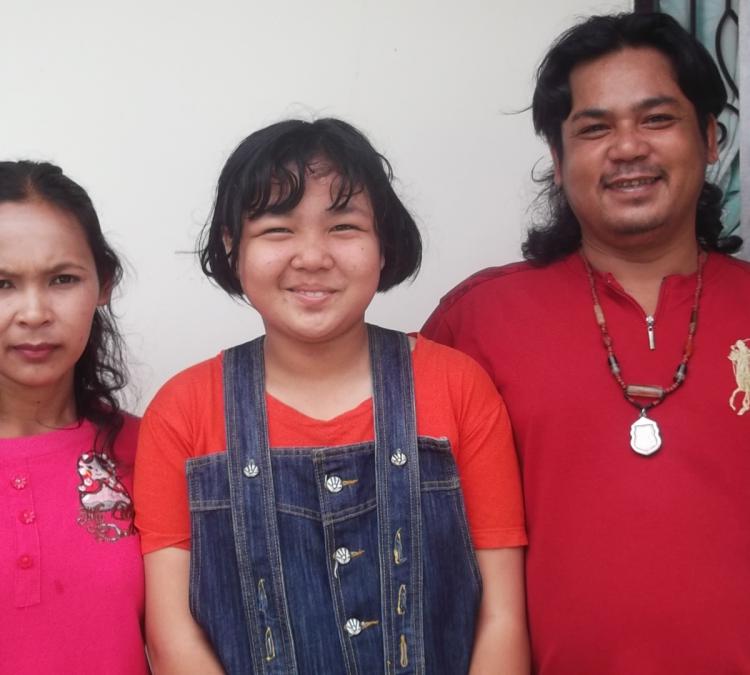