Miracles do exist: not ready to die

Josh is a 15-year-old boy who lives with his mother, stepfather and nephew in Phang Nga, in the south of Thailand. Josh's mother is HIV positive and was diagnosed with cancer last year. Her situation recently deteriorated so badly that it took a miracle to survive. And that miracle came.

Josh is a talented football player who attends a special school that focuses a lot on football. On weekdays he lives in a dorm near school, together with classmates. On weekends and holidays, he is with his family, unless he has a football tournament. The family is struggling financially. Josh's grandparents previously sold edible products they found in the forest and worked as day laborers on rubber plantations. They also take care of Josh's nephew Fluke, whose parents are divorced and both live and work elsewhere.

However, since mother now has cancer, she cannot work. Father recently had a serious motorcycle accident and cannot work fulltime either. The parents want Josh and his nephew Fluke to go to school and have enough to eat, so they work hard. But yet, the family is struggling hard to make ends meet. They live together in a small house of only 12 square meters. They have no space for a kitchen and have a mini bathroom. Fluke's parents have promised to send money every month, but they hardly ever do so. And then with the diagnosis of Cancer, things took a turn for the worse

After not feeling well at all for a month or so, the situation suddenly deteriorated very quickly in November 2020. She got a lot of pain, could no longer eat and breathing was very difficult. The doctors thought the situation was so bad that they gave up hope. Mother was going to die. Especially when she passed out, her life seemed to end. Siam-Care decided to take father and children to visit mother in the hospital, and asked the pastor of a local church to come along. He prayed for this non-Christian family. And then something unexpected happened.

Not ready to die

Two days after their visit, Mother awoke unexpectedly. And her situation improved wonderfully quickly. She suddenly could eat, talk and laugh again. The family was very surprised and the doctors were also puzzled. Mother said that she felt in her heart that her life was over, but that she had met God as in a dream. She told God that she wants to live to continue taking care of her son (Josh) and grandson (Fluke). After that, it was as the darkness around her was slowly disappearing, and things got lighter.  Mother told everyone who wants to hear that God has given her life. She wants to follow Him and shared her special story with other Siam-Care families during the Christmas celebration of Siam-Care. What a miracle! 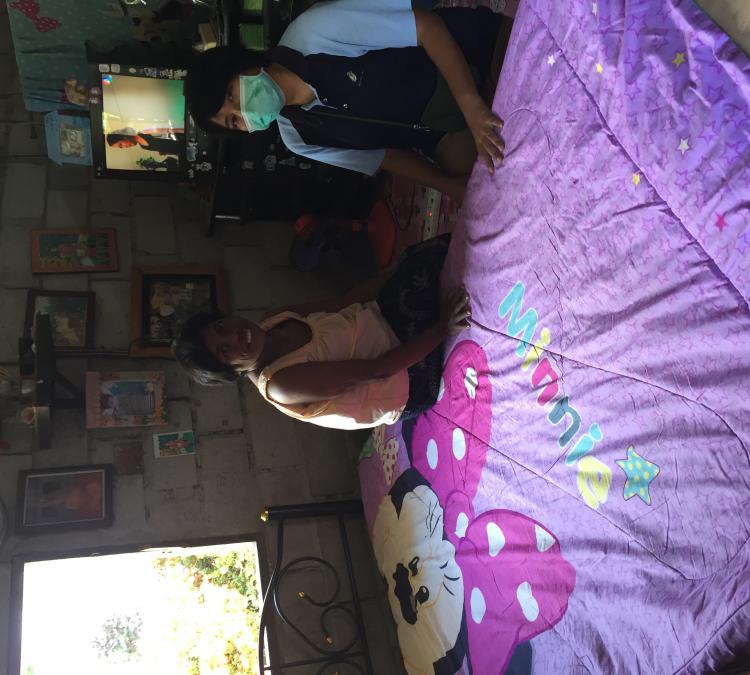 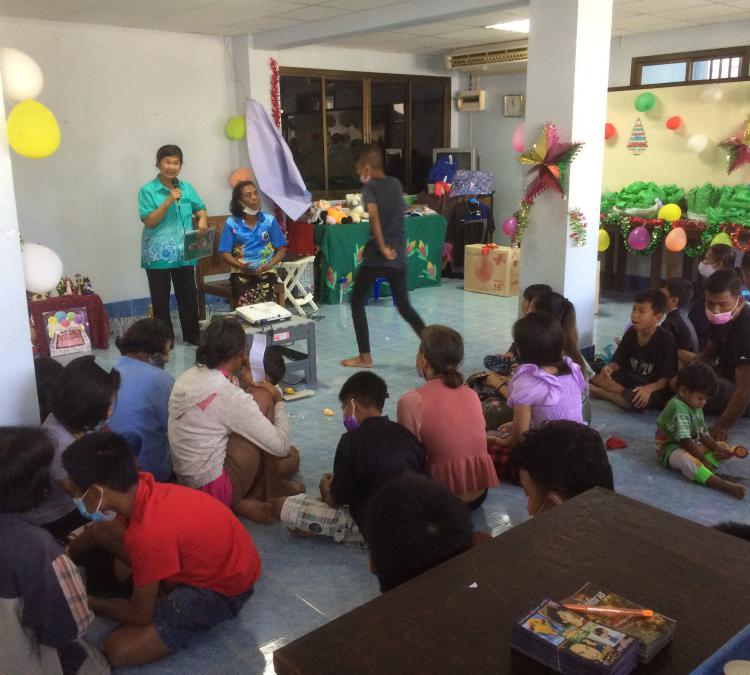