And the story repeats itself

Over the past 20 years, Siam-Care has given scholarships to over a 1000 children. Many of these children can now take care of themselves. But sometimes, the opportunity which is given to children in need, is not taken.

Pear is a now 22 year old girl, who's parents passed away when she was only 7. Both parents were HIV-infected and after their death, Pear lived with her grandmother. Grandmother was old and weak and hence did not make much money. Siam-Care started supporting Pear when she was 8. We paid covered school related expenses, such a uniforms and transportation and counselled her. Things went well until Pear at the age of 15, suddenly refused to go to school.

Refused to go to school

Pear started dating a 18 year old boy who did not have a good influence on her. And after a couple of months, she ended up being pregnant. And now she did not only refuse to go to school, she also couldn't go to school anymore because she had a child to take car off. She did not accept any help at that time and we did not talk to her for a couple of years.

A couple months ago, Pear contacted Siam-Care again. She did not manage to make ends meet and did not have the financial means to send her son to school. It was not easy for her to ask for help, as she is a proud girl who wants to take care of herself.

Siam-Care found a donor for Pear's son. We were shocked to see how and where Pear lives now: a old shack just outside of Bangkok. Pear's situation could have been better if she accepted Siam-Care's help in the first place and did not drop out of school. Now, the circle of poverty continues and another generation needs support again. Not what we would like to see but it is sometimes reality while working with the poor and vulnerable.

The girl in the picture is not Pear 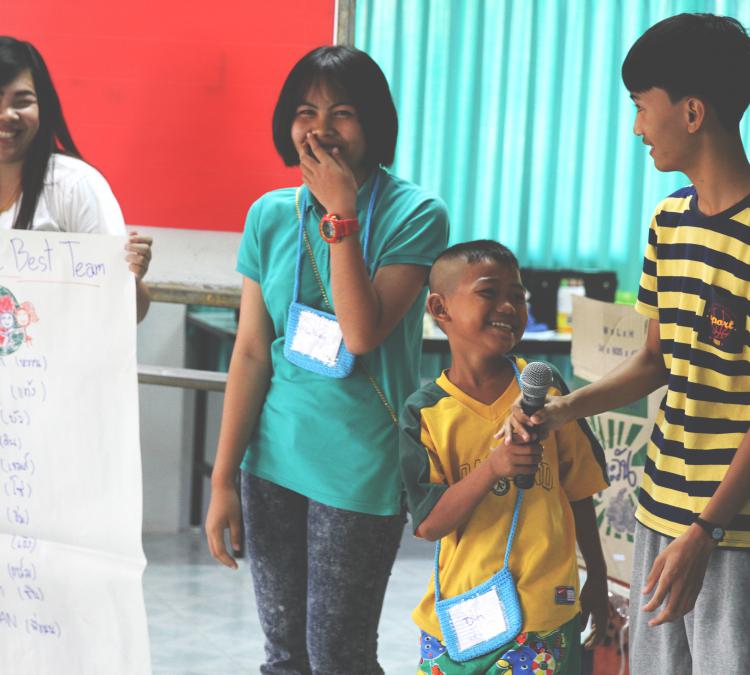